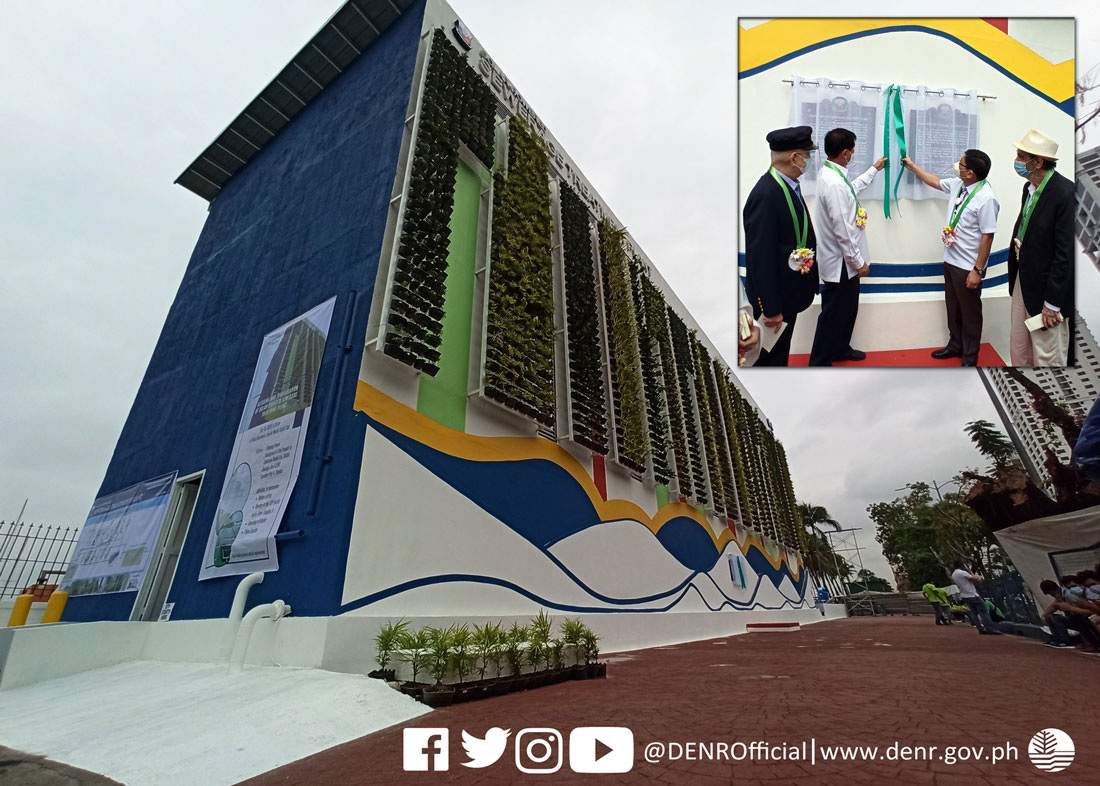 The Department of Environment and Natural Resources (DENR) will install three more solar-powered sewage treatment plants (STPs) in Metro Manila, after unveiling the first one along Roxas Boulevard in Manila on July 30.

“The STP is a big step forward to making Manila Bay safe again for swimming, bathing, boating, fishing and other forms of contact recreation,” said Cimatu, who chairs the Manila Bay Task Force in charge of rehabilitating the historic water body.

Cimatu made the statement as he, together with Metropolitan Manila Development Authority (MMDA) Chairman Danilo Lim, led the inauguration of the first Manila Bay solar-powered STP, which is capable of treating 500,000 liters of wastewater per day.

According to the DENR chief, the project will ensure that no untreated wastewater from three drainage outfalls—Padre Faura, Remedios and Estero de San Antonio Abad—flow into the bay.

Cimatu said the untreated water from the STP will be recycled and stored in an underground tank with a capacity of 2 million liters.

The treated water, he said, will be used for watering plants along Roxas Boulevard, maintenance of two solar-powered comfort rooms to be constructed at the bay walk area, and fire trucks of the cities of Manila and Pasay.

Cimatu said the construction of STPs is “just one of the many geo-engineering interventions” for cleaning Manila Bay.

In January 2019, the DENR launched the rehabilitation project dubbed as “Battle for Manila Bay” with a massive cleanup activity along Roxas Boulevard, which was participated in by over 10,000 volunteers.

A month later, President Rodrigo Roa Duterte formed the Manila Bay Task Force and designated Cimatu as its chair to hasten government efforts to restore the heavily polluted bay to its former glory.

The President has allocated P43 billion for the implementation of the Manila Bay rehabilitation project within three years and at least 13 government agencies are working together to carry out the mission.

The government targets the source of water pollution in an effort to rehabilitate, restore and maintain the historic bay to a level fit for swimming, as mandated in the writ of continuing mandamus issued by the Supreme Court in 2008. #