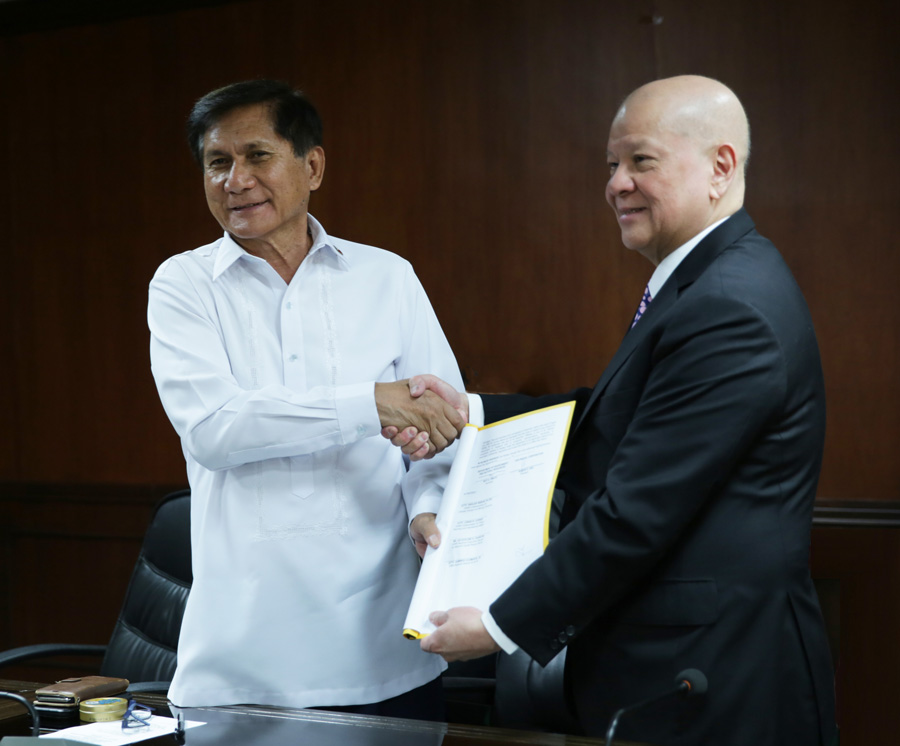 Environment Secretary Roy Cimatu (left) and San Miguel Corp. (SMC) President Ramon Ang (right ) seal with a firm handshake the Memorandum of Agreement (MOA) for the cleanup of the Tullahan-Tinajeros River System, one of the dirtiest waterways that empties into Manila Bay. Both parties agreed to develop and implement a comprehensive program intended to reduce pollution in the river system which starts from the La Mesa Dam in Quezon City and drains into the Manila Bay at Centennial Park in Navotas City. Cimatu thanked Mr. Ang for heeding the call to help in the rehabilitation of the bay during the signing ceremony held Monday (March 4, 2019) at the DENR Central Office in Quezon City. ###