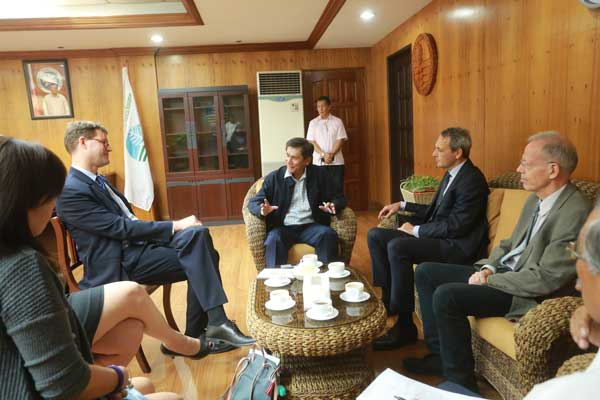 Environment Secretary Roy A. Cimatu (center) discusses with representatives of the Deutsche Gesellschaft für Internationale Zusammenarbeit (GIZ) led by Dr. Klaus Schmitt and Dr. Bjoern Surborg, the priorities of the Department of Environment and Natural Resources (DENR) under his helm, including clean air, clean water and solid waste management.  The GIZ representatives paid Cimatu a courtesy call in his office in Quezon City on Tuesday where they also briefed him about the various biodiversity projects the German government are supporting in the Philippines. Also in photo is  Biodiversity Management Bureau Director Mundita Lim (extreme right).  ###