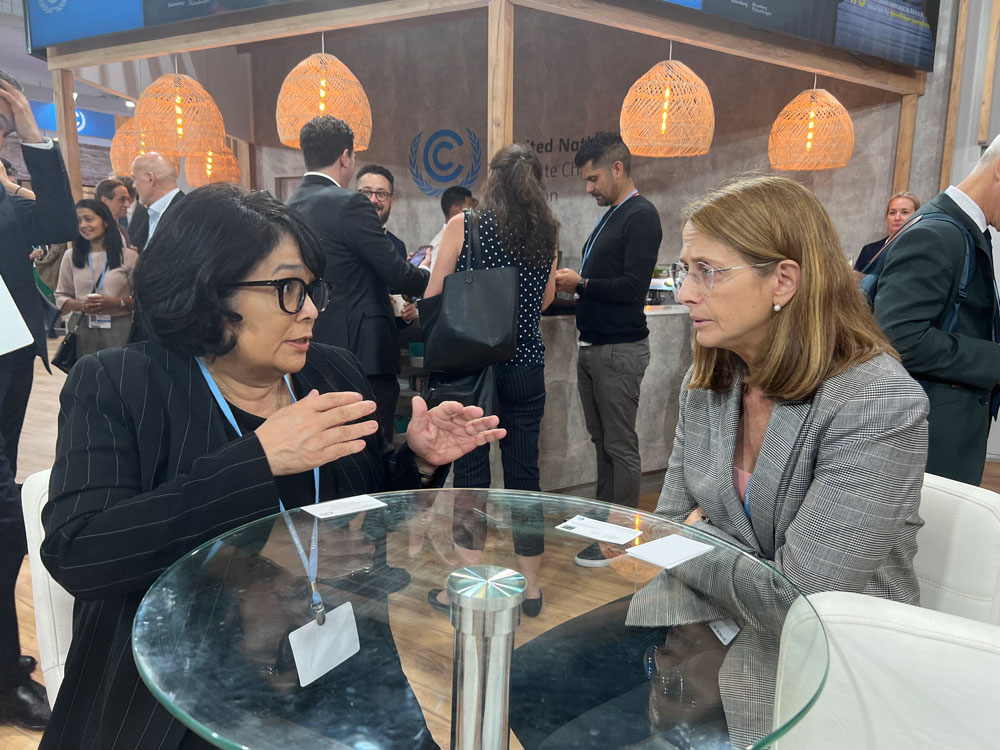 Head of the Philippine delegation to the 27th Session of the Conference of Parties (COP27) Environment Secretary Maria Antonia Yulo Loyzaga (left) discusses the Philippines’ climate finance priorities with Julie Monaco (right), Global Head of Citi's Public Sector Group, during the sidelines of COP27 in Sharm El Sheikh, Egypt on November 8. The Philippine Delegation shared the climate finance priorities of the Philippines and stated that the country is open to exploring potential opportunities for collaboration with Citi. Loyzaga shared that the DENR is looking into prioritizing adaptation and mitigation, and is considering a similar initiative under the debt-for-nature swap that could be extended to the restoration of wetlands. World Wide Fund for Nature initiated the debt-for-nature swap in 1984 as a mechanism for enhancing conservation efforts in developing countries such as the Philippines.

The Citigroup, known as Citi, is a multinational investment bank that provides international climate finance advisory and, in this capacity, has been involved in the most current climate finance discussions at the highest levels, ranging from private sector capital mobilization for mitigation and adaptation to Just Energy Transition Partnerships (JETPs), early retirement of brown assets, carbon credits, just transition and NDC best practices, among others. ###