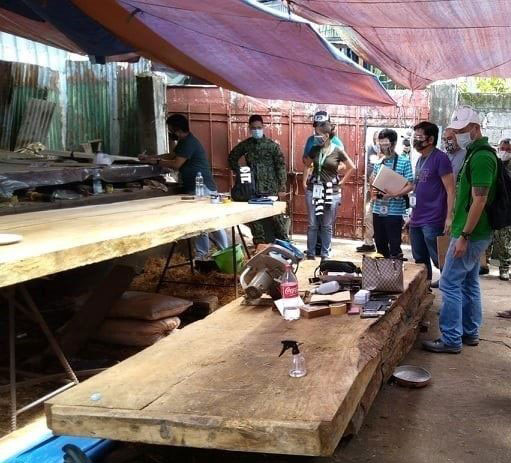 Members of the Department of Environment and Natural Resources Anti-Illegal Logging Task Force (AILTF) check on the illegally-cut narra, yakal and molave planks valued at P4 million found during the raid it conducted in an unlicensed sash factory in Parada, Valenzuela City last September 22. The AILTF was reactivated by President Rodrigo Roa Duterte in January 2021 after the onslaught of Typhoon Ulysses caused massive flooding. The task force has so far seized some P9.5 million-worth of illicit forest products from its 24 operations conducted from July to September 2021 in 41 AILTF-identified illegal logging hotspots across the country. Thirty suspects were arrested in the operations and filed with illegal logging charges in violation of Presidential Decree 705 or the Revised Forestry Code of the Philippines.###