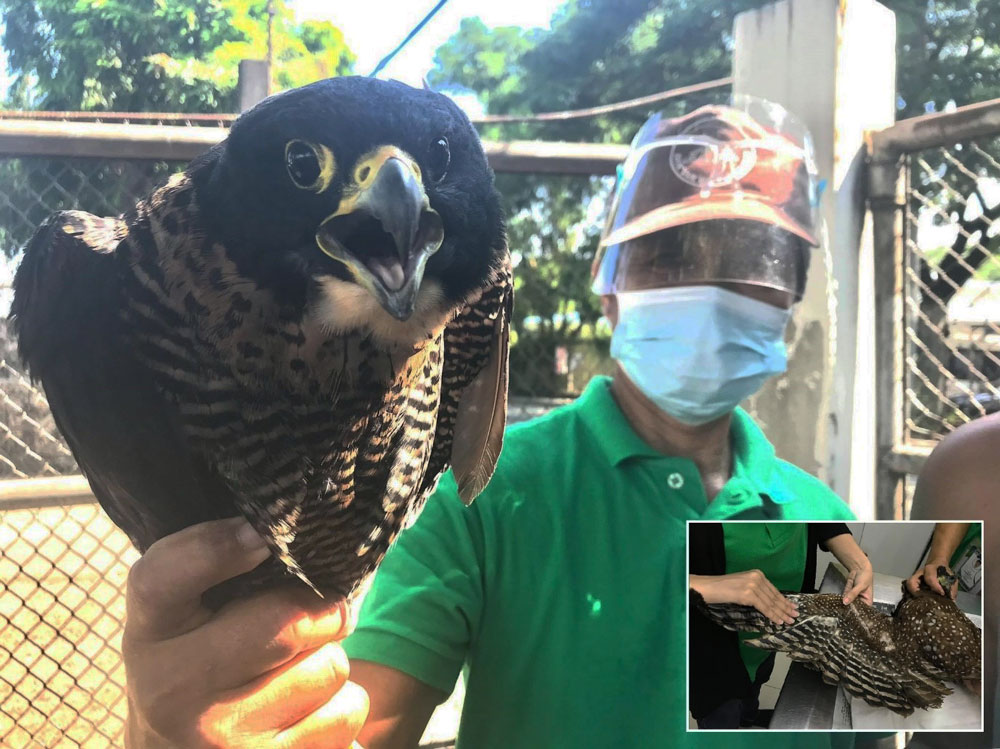 . Biodiversity Management Bureau (BMB) Animal Keeper I Edgardo M. Flores holds a peregrine falcon (Falco peregrinus) while staff of the BMB Wildlife Rescue Center (inset) examines the wings of a crested serpent eagle (Spilornis cheela) after the birds were rescued from Ft. Bonifacio, Taguig City and San Mateo, Rizal, respectively, following a report to the DENR Action Center-Hotline by concerned citizens on August 16. The two wild birds were released to their natural habitats a few days after they were treated for minor wounds. The DENR Action Center-Hotline and BMB conducted the rescue operations despite the enhanced community quarantine in the National Capital Region and nearby provinces. The public is encouraged to report similar incidents to strengthen the protection of wildlife in the country. ###