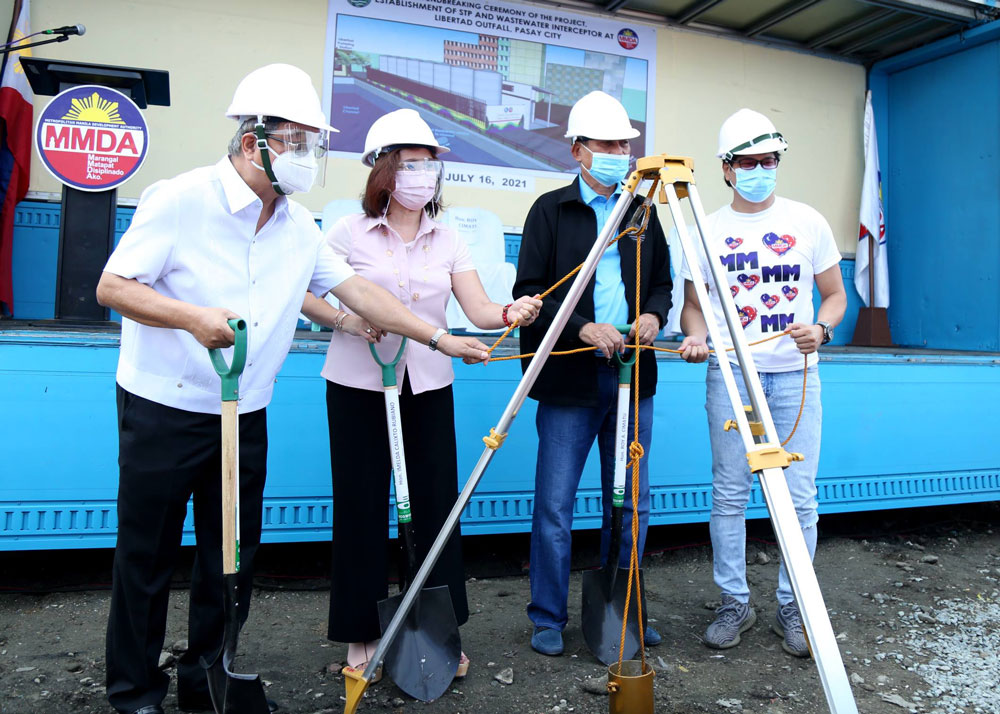 Department of Environment and Natural Resources (DENR) Secretary Roy A. Cimatu (2nd from right) joins Metropolitan Manila Development Authority (MMDA) Chair Benhur Abalos, Jr. (right) in laying down the time capsule during the ceremonial groundbreaking for the Libertad sewage treatment plant (STP) on July 16 in Pasay City. The Libertad STP will have the capacity to clean 10 million liters of wastewater per day from Tripa de Gallina creek which connects to the Libertad channel and flows to Manila Bay. It will be the second STP as part of the rehabilitation of Manila Bay, and the second partnership of DENR and MMDA. The first STP, built in Roxas Boulevard, Manila was funded by DENR and managed by MMDA. Pasay Congressman Antonino G. Calixto and Pasay City Mayor Imelda Calixto-Rubiano (1st and 2nd from left, respectively) also took part in the ceremony.###