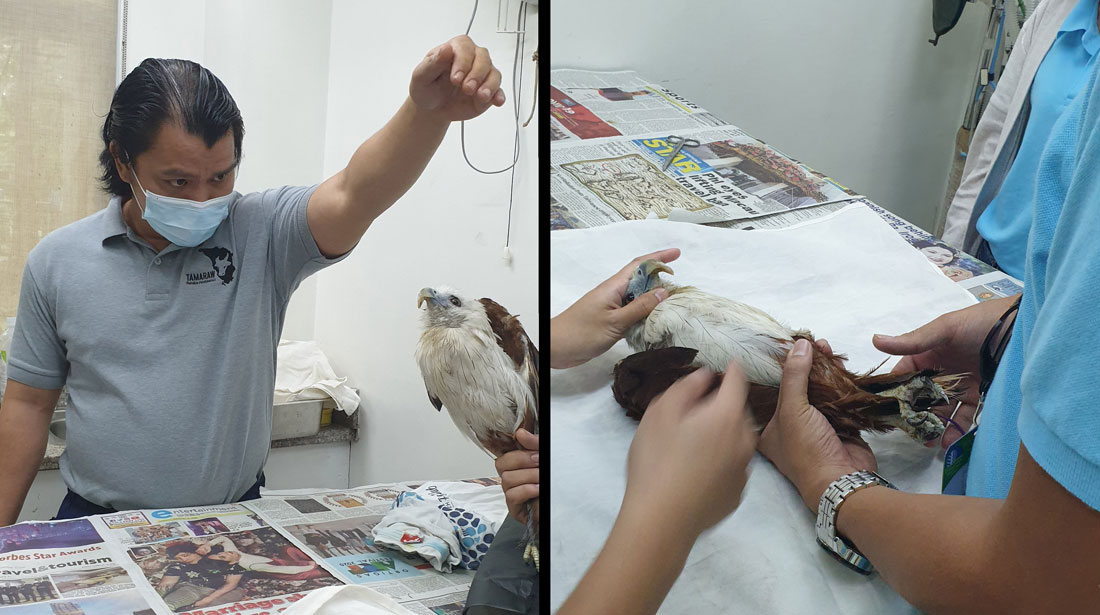 Dr. Glenn Maguad (left photo), resident veterinarian at the Biodiversity Management Bureau Wildlife Rescue Center (BMB WRC) examines an adult male Brahminy kite (Haliastur indus) for physical injuries after it was brought by DENR Action Center head Merlinda Manila to the BMB WRC on March 22. A concerned citizen rescued the raptor near the Manila Yacht Club in Manila and called the DENR for proper turn over. The bird is being treated for bumblefoot, a bacterial infection and inflammatory reaction on its feet. It will be released to its natural habitat a year after it fully recovers. ###