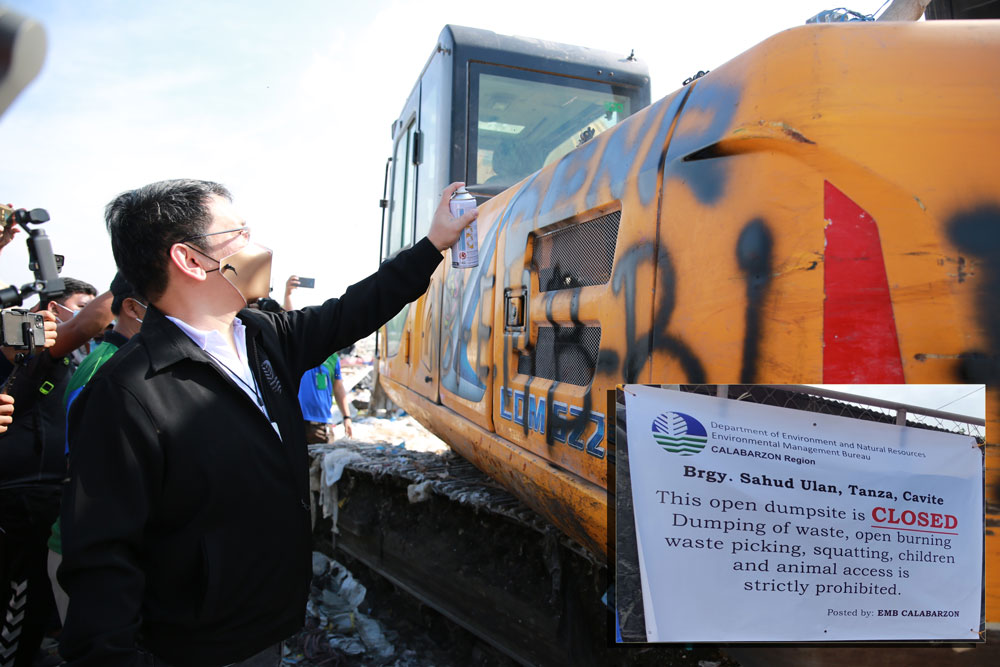 Department of Environment and Natural Resources (DENR) Undersecretary for Solid Waste Management and Local Government Units Concerns Benny D. Antiporda inks the backhoe seized during the closure (inset) of the six-hectare open dumpsite in Brgy. Sahud-Ulan, Tanza, Cavite on Jan. 14. The operation of an open dumpsite is a violation of Republic Act 9003 or the Ecological Solid Waste Management Act of 2000 which is marking its 20th year anniversary this year since its enactment in 2001. The DENR and the National Bureau of Investigation (NBI) led the operation with the Environmental Management Bureau and the DENR Provincial Environment and Natural Resources Office Cavite. Two dump trucks found in the site were also sequestered by the team. Present during the operation were DENR Environmental Protection and Enforcement Task Force Director Nilo Tamoria, NBI Environmental Crime Division Chief Eric Nuqui, and EcoWaste Coalition Zero Waste Campaigner Eloisa Tolentino. ###