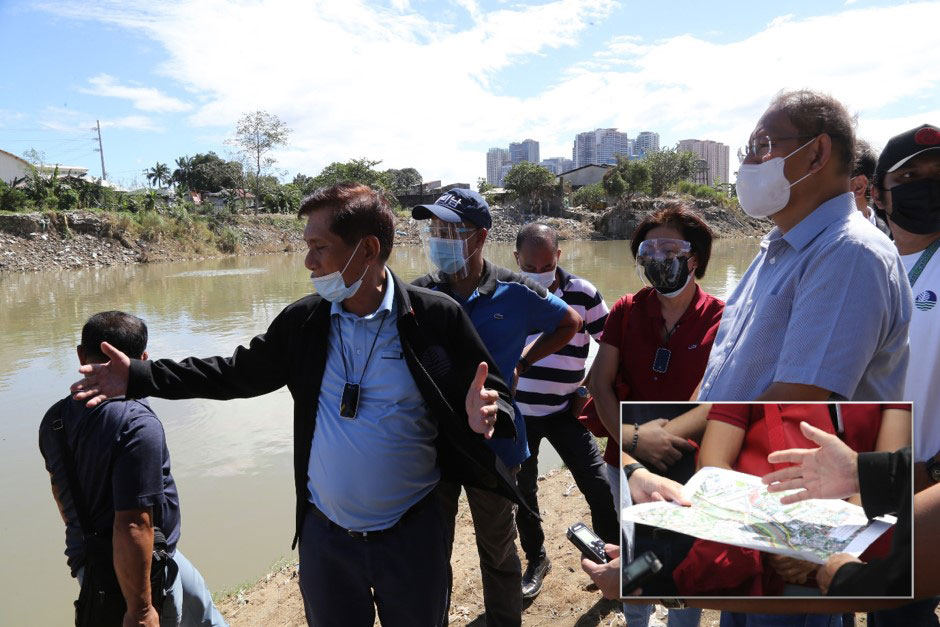 Environment Secretary Roy A. Cimatu (second from left) tells Marikina City Mayor Marcelino Teodoro (right) that Marikina River has to be widened to increase its flood carrying capacity. The Secretary of the Department of Environment and Natural Resources (DENR) expressed this recommendation during his visit to Marikina River on Saturday (Nov. 21), after Marikina City and nearby areas have been submerged in deep flood waters during the onslaught of Typhoon Ulysses, and three days after President Rodrigo Roa Duterte designated him as chair of the Build Back Better Task Force in charge of rehabilitating areas devastated by recent typhoons. The environment chief noticed that the river channel was narrow (inset), prompting him also to call for strict imposition of easement requirements pertaining to rivers. Also in photo are DENR Undersecretary for Policy, Planning and International Affairs Jonas R. Leones (third from left) and DENR-National Capital Region Regional Executive Director Jacqueline A. Caancan (2nd from right).