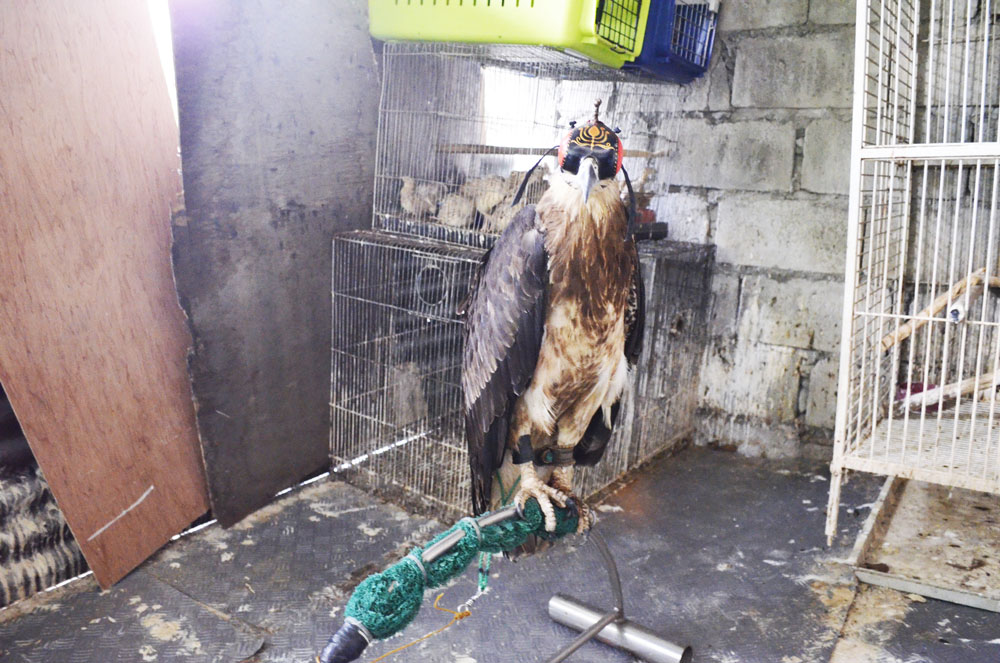 Wearing an eagle headgear that covers its eyes, a white-breasted sea eagle (Haliaeetus leucogaster) was found chained in the residence of the suspect Sharon Jonjon Lim in Sampaloc, Manila. The operatives of the Task Force Philippine Operations Group on Ivory and Illegal Wildlife Trade, deputized by Department of Environment and Natural Resources-Biodiversity Management Bureau and other law enforcement agencies, arrested the 45-year-old Lim after an entrapment operation was conducted to rescue exotic pets in the area. Lim was peddling two heads of Brahminy kites (Haliastur indus), priced online at Php10,000, when an undercover agent from the National Bureau of Investigation who posed as a buyer, lured him out. Aside from the three wild birds, a changeable hawk-eagle (Nisaetus cirrhatus) was also found in his house. The culprit was charged for violating Wildlife Resources Conservation and Protection Act or Republic Act (RA) 9147 for illegal possession and trading of wildlife and can serve up to six years in prison for the crime he committed. Lim, a repeat offender of RA 9147 is no longer qualified for probation. ###