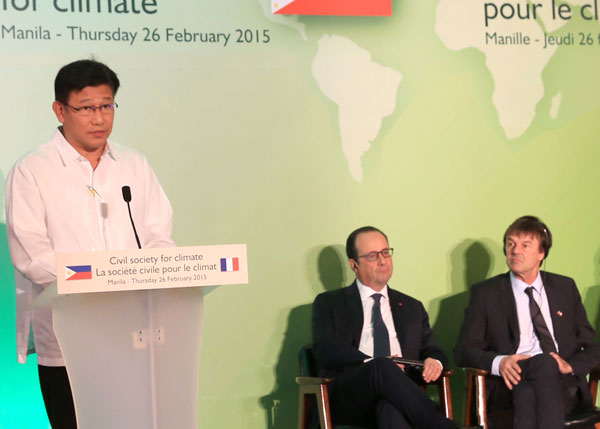 Environment and Natural Resources Secretary Ramon J. P. Paje underscores the various programs to improve the country’s natural defenses and resiliency such as the massive watershed rehabilitation, log ban in natural forests and geohazard assessment and mapping during the climate change forum held Thursday at the National Museum in Manila. He also thanked France President François Hollande (seated, left) for the continuing support extended by his government to the country’s climate change mitigation and adaptation efforts. The forum was part of the visit to the Philippines by Pres. Hollande in preparation for the 21st Conference of Parties in Paris in December 2015.  Also in photo is French Special Envoy for the Protection of the Planet Nicolas Hulot.###