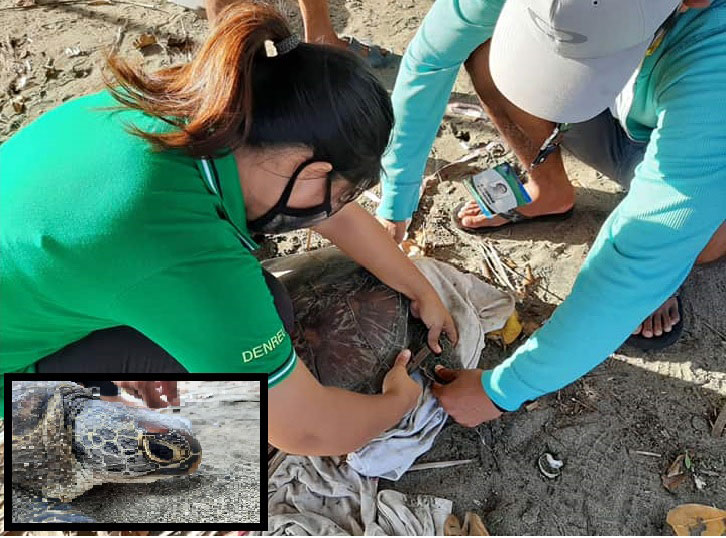 Employees of the Department of Environment and Natural Resources Community Environment and Natural Resources Office (DENR-CENRO) – Casiguran, tag and release one of the five green sea turtles (Chelonia mydas) in Brgy. Ditinagyan, Casiguran, Aurora province on April 13, the highest in one day, after they were found trapped in a fisherman’s cage. A total of 17 green sea turtles were examined, tagged and released back to the sea from March 17 to April 13. The endangered species has an average carapace length of 41 centimeters. From January and amid the implementation of the enhanced community quarantine (ECQ), CENRO-Casiguran has saved 30 green sea turtles. It plans to propose the declaration of Casiguran Bay as a critical habitat and marine protected area after the ECQ. (Photo by Mary Jane Aragon) ###