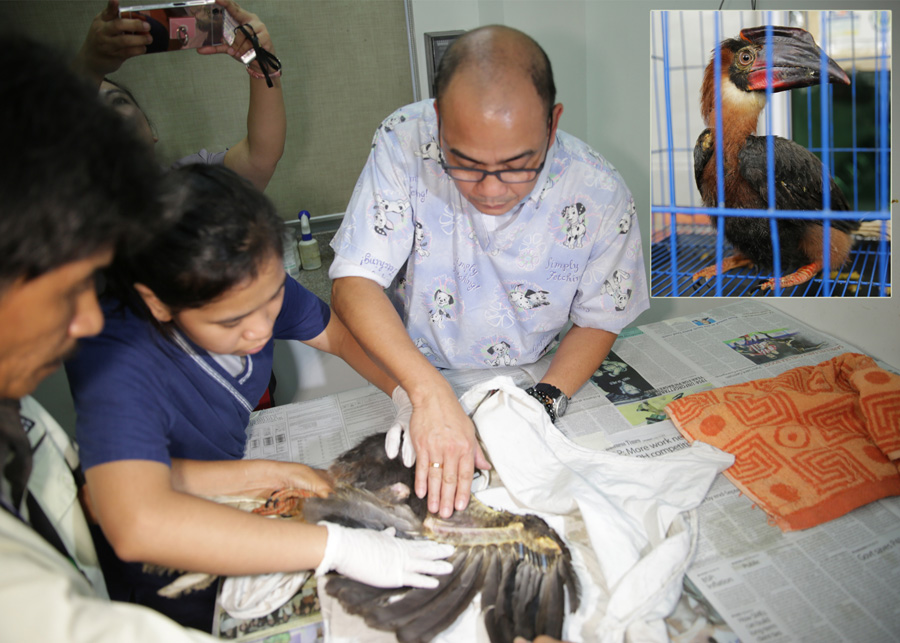 Biodiversity Management Bureau (BMB) veterinarians Esteven Toledo (right) and RonaroseSinaon (2nd from left) checks on a Rufous Hornbill (Buceroshydrocorax) (inset) commonly known as Kalawrescued in Cavite City during the eruption of Taal Volcano on January 12. Estimated to be between juvenile and adult age, the bird was assessed to be in good health though quite weak and malnourished. Once it recovers, the bird will be released to Sierra Madre or Quezon National Park considered as its natural habitat. The bird was earlier turned over by DENR Undersecretary Benny D. Antipordato Assistant Secretary and concurrent BMB Director Ricardo Calderon after it was given to him by a member of the Cavite Educators Lions Club.###