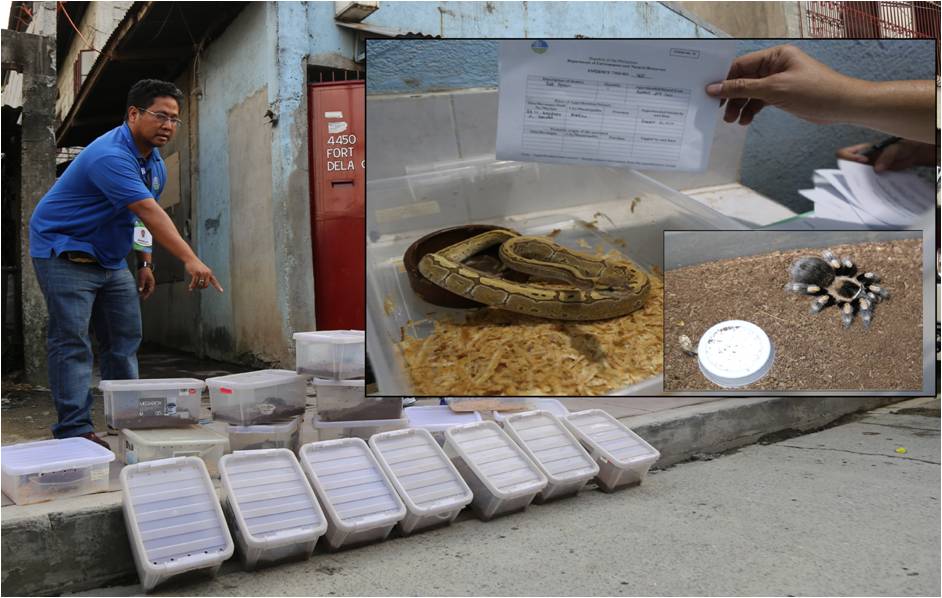 Department of Environment and Natural Resources-Biodiversity Management Bureau (DENR-BMB) senior ecosystems management specialist Rogelio Demellentes Jr. (left) of the Philippine Operations Group on Ivory and Illegal Wildlife Trade or Task Force POGI, the composite team of DENR-BMB and the National Bureau of Investigation-Environmental Crime Division (NBI-ECD) presents the live tarantulas and ball pythons (Python reguis) (inset) confiscated from Rommel dela Cruz in a raid in his residence at Barangay Tumana, Marikina City. According to Demellentes Jr., the 13 tarantulas of different breeds and the five ball pythons are worth at least P106,000. Republic Act 9147 or the Wildlife Resources Conservation and Protection Act prohibits illegal wildlife trade and dela Cruz could face a jail term of up to 12 years and a fine of not more than P1 million.###