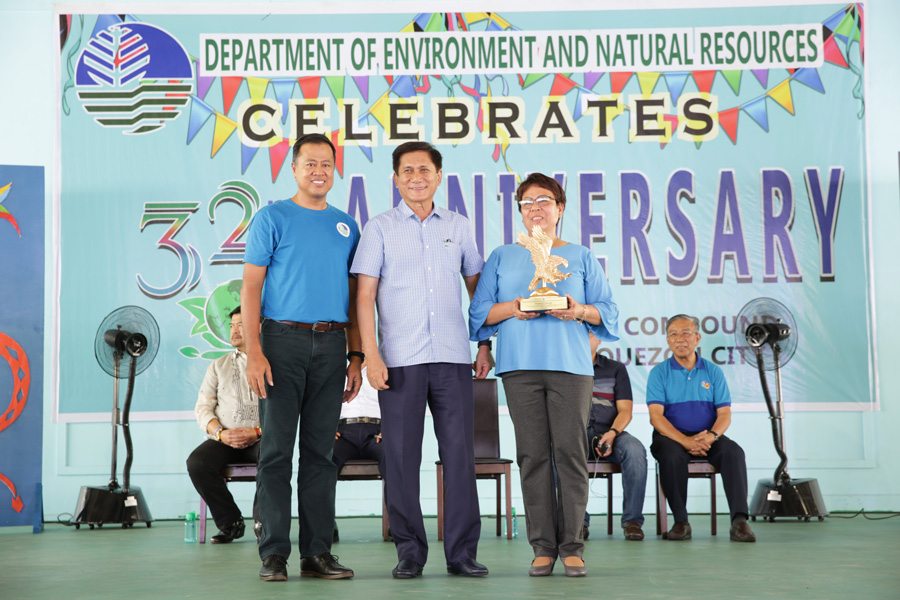 Forester Merlyn Dumalahay (right) receives an EAGLE trophy from Environment Secretary Roy A. Cimatu (center) and DENR Undersecretary Jonas Leones during the agency’s celebration of its 32nd anniversary. Dumalahay, who was raised in the highlands of Kalilangan, Bukidnon, was named top Implementing Provincial Environment and Natural Resources Officer (PENRO) for being an effective champion of the environmental crusade in the province of Camiguin in Northern Mindanao. The EAGLE, or Environmental Awards for Governance and Leadership Excellence, was conferred on field officials – from the regional to the community level – who have shown effectiveness and efficiency in delivering the agency’s mandate. ###